Home » Who we are » Our history » Our History A long journey

Our History A long journey

Founded in 1950, Doctors with Africa CUAMM has been the first non-government organization focused on healthcare recognized by the Italian government.

Our History A long journey

Formerly known as the University College for Aspiring Missionary Doctors, Doctors with Africa CUAMM was founded in 1950 by Francesco Canova, previously a missionary doctor in Jordan. Monsignor Girolamo Bortignon, Bishop of Padua, immediately supported the project. The first and still actual motto was the evangelical instruction “Euntes curate infirmos” – go and care for the sick.
The initial aim of the project was the recruitment and training of medical students from Italy and elsewhere interested in spending a period of their professional lives working in the service of missionary hospitals and needy populations in developing countries.

Through this decade, several African countries gained their independence and many other significant changes happened worldwide. The impact of these transformations was felt even in the furthest-off missionary hospitals. In these years, CUAMM recognized that missionary hospitals could benefit by having a clear professional direction within a precise administrative framework and by developing relationships with national healthcare services in order to make possible the integration between hospital services, basic treatment and prevention capabilities.

In 1971, the Italian government passed its first-ever law on cultural, scientific and technical cooperation with developing countries, acknowledging the positive value of volunteerism.
In 1972, the Italian Ministry of Foreign Affairs recognized Doctors with Africa CUAMM as a volunteer organization authorized to carry out institutional functions in developing countries in order to promote development and cooperation activities.
Between 1977 and 1979, after several deliberations on the role of so-called “missionary doctors” in international healthcare projects, CUAMM launched a new phase of its work: country programs based on bilateral agreements between the Italian government and a number of developing countries – in particular, Uganda, Tanzania and Mozambique. CUAMM began to partner directly with local governments and authorities in order to implement extensive and community based development projects.
This approach aligned properly with the Declaration of Alma-Ata of 1978, a milestone document in which the World Health Organization reaffirmed health as a fundamental human right for all and called for action to improve basic healthcare everywhere, especially in developing countries.

Doctors with Africa CUAMM had grown over time. There was now a need to find ways to become financially independent and sustainable, and to let more people know about the organization and its goals.
In 1983, Pope John Paul II received Doctors with Africa CUAMM during the Holy Jubilee Year, expressing his appreciation for the organization’s approach and activities.
In 1987, The World Bank published a document entitled “Financing Health Services in Developing Countries” defining the rules of health policy; in the same year the Italian government passed a new law on development cooperation (No. 49).
In 1993, following these positive development, the Italian development cooperation sank into a deep depression, with major repercussions for Doctors with Africa CUAMM’s management and programs.
In that same year, the World Bank issued its annual World Development Report under the title “Investing in Health”. The institution acknowledged that economic growth was not the only factor in accelerating development and improving health care and affirmed that some structural interventions undertaken in poorer countries had actually done serious damage to crucial health services. Developing countries were sinking under their debt burden and suffering from the restructuring policies imposed on them by the World Bank and health and education were being particularly hard-hit.
Spurred by these considerations, Doctors with Africa CUAMM undertook a re-examination of its own objectives and strategies. Doubling down on its effort to become self-financing, the organization found alternative funding sources, most notably the European Union and the Italian Episcopal Conference.
In 1998, Francesco Canova, Doctors with Africa CUAMM’s founder, passed away at the age of 90.

Doctors with Africa CUAMM’s journey continues, in our quest to make free healthcare available and accessible to all. The structural decline in official development aid (which reached a historical low of 0.13% of GDP in 2002), the complexity of international cooperation mechanisms, and the necessity of recruiting and training the finest individuals to work with CUAMM in Africa has led to a need for more research, planning and public awareness-raising initiatives. In order to face these challenges, Doctors with Africa CUAMM undertook an internal restructuring process, setting up human resources, communications and marketing divisions, working next to the projects division.
In 2002, the organization officially changed its name to “Doctors with Africa CUAMM” to underline its commitment to work not just for but also with its African partners.
In 2010, Doctors with Africa CUAMM celebrated its 60th anniversary with the launch of the “Mothers and Children First” program, which aims to improve maternal and neonatal health in Angola, Ethiopia, Tanzania and Uganda.
Today CUAMM is present in seven African countries – Angola, Ethiopia, Mozambique, South Sudan, Sierra Leone, Tanzania and Uganda – working in partnership with hospitals, nursing and midwifery schools and some universities in Africa. CUAMM’s projects and research focus on maternal, child and newborn health; infectious diseases; universal health coverage and equity; nutrition and chronic diseases. 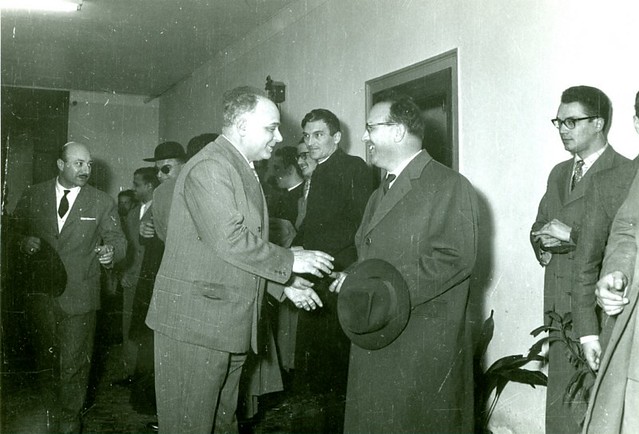 History and future Celebration of the organization’s sixtieth anniversary 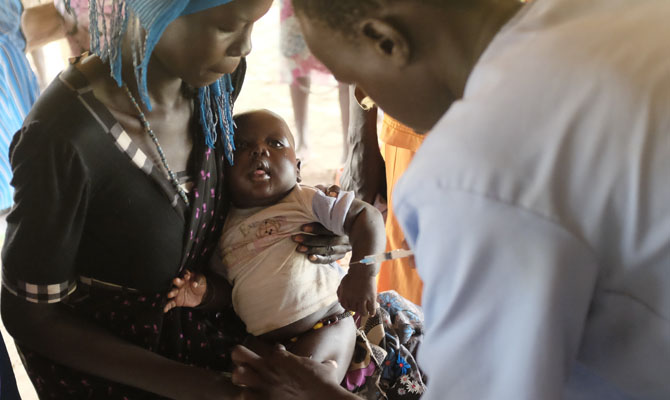