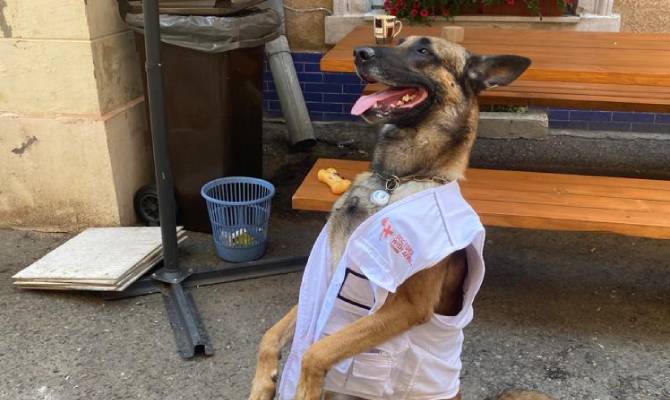 Bear is a kind of mascot for Vrb in Chernivtsi. He helps his master distribute medicines and gives some joy and lightheartedness to the children he meets.

5 July – His name is Bear and he has become the mascot of VRB in Chernivtsi. He arrived with his owner, Sergey Morozov, from Kahrkiv in early April. When the war broke out, Sergey, 37, a dog trainer, stayed at home hoping for a quick resolution. However, when a bomb hit the houses next to his one, he decided to get out, with his family and his dog. First they travelled to Kiev, then, after 36 hours, they found the train to Chernivtsi they were looking for and a friend arranged accommodation for them. He immediately got in touch with VRB, the association that CUAMM supports and collaborates with, to help as much as he could. “I wanted to be useful and support those who needed it most. I had a lot of free time and I was in need, I also wanted to do something to keep my inner balance,’ Sergey told us. ‘When I met VRB, I found a new family, a new dimension for me and Bear, who immediately became the mascot of the group supporting us in every activity. All the children play with him and this seems to give them and also to him, a great joy’. Thanks to CUAMM and Vrb and the project ‘An integrated logistic-medical intervention in the Chernivtsi and Ternopil oblasts’, supported by the Ukrainian Humanitarian Fund of Ocha, Sergey now has a job as a driver and he is in charge of transporting the medical equipment and medicines in several hospitals in Ukraine. 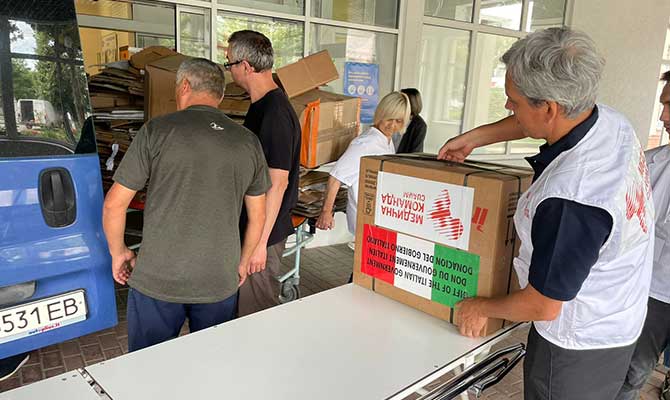 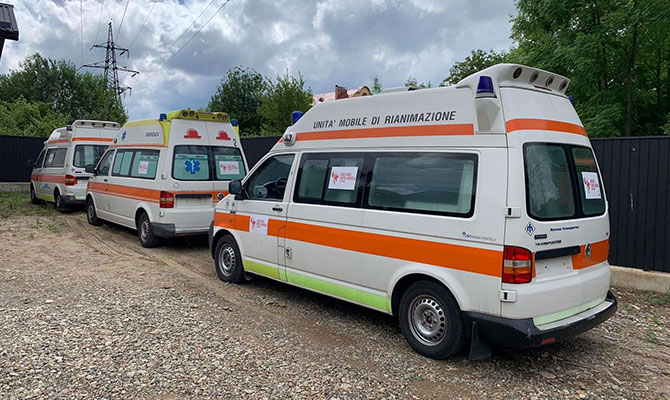 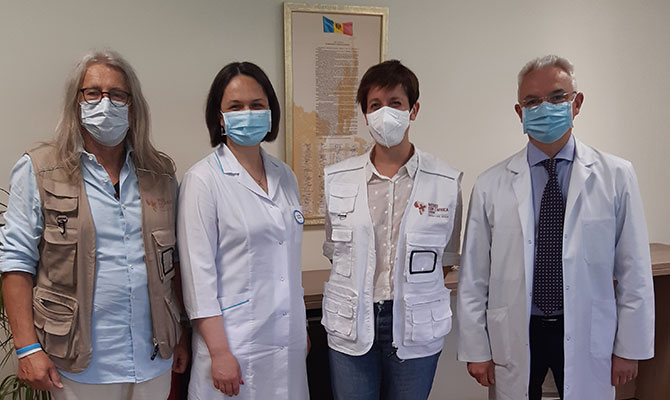 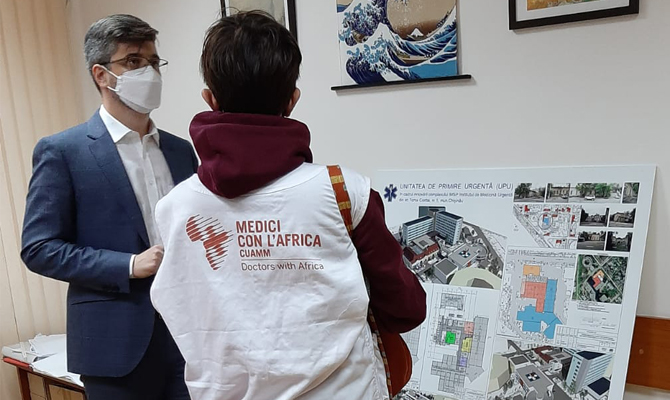