Home » What's new » News » Homenews » MOZAMBIQUE: THE DESIRE TO BE VACCINATED IS STRONG 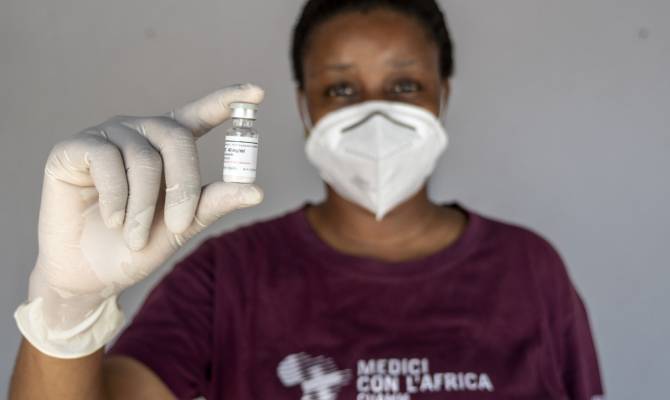 MOZAMBIQUE: THE DESIRE TO BE VACCINATED IS STRONG

The commitment of Doctors with Africa Cuamm in the Covid-19 vaccination campaign, supported by the European Union, also involves field-research.

MOZAMBIQUE: THE DESIRE TO BE VACCINATED IS STRONG

In the middle of the last wave of Covid-19, Mozambique, neighboring South Africa where the Omicron variant was first detected, is ready to enhance and implement the vaccination campaign with the doses finally received. Doctors with Africa Cuamm, in partnership with the Mozambican Minsitry of Health, is supporting the campaign in the provinces of Sofala and Tete supported by many institutional and private donors.

Cuamm works in the field alongside the national system, distributing the vaccines, supporting the logistics, training local personnel and raising awareness among civil society. Besides, Cuamm’s committment also involves an analysis of the context of implementation. With this goal in mind, a research on population’s attitude towards vaccination was carried out and it is going to be presented today in an on-line meeting attended by respresentatives of the European Union, local authorities, Cuamm and other NGOs working in the country.

A survey conducted in the communities of Tete and Sofala by Cuamm and supported by the European Union, showed the hesitancy rate among the population and the reasons behind it, helping build the most effective intervention through an awareness-raising campaign. The survey was conducted on a sample of 450 adults from the provinces of Tete and Sofala, 52% of which were women, 48% men.

The research showed that 73% of the sample is willing to receive the vaccine as soon as the doses become available while 25% is opposed and 2% hesitant. Men were shown to be more favorable to vaccination than women. The reasons behind the hesitancy are many: more than 50% is suspicious and does not consider herd immunity necessary, they believe economic and geopolitical factors as well as global conspiracy are the driven forces behind the vaccination campaign; 34% is afraid of the side effects of the vaccine; 14% claims autonomy and personal freedom in making choices about their health; 10% has not decided yet while 7% refuses the vaccine based on religious beliefs

«This survey is extremely important for us to understand how to communicate with people in order to inform them on the crucial role of vaccination in fighting this pandemic”- states Giorgia Gelfi, Cuamm Country Manger in Mozambique-. “27% of the population showed to refuse the vaccine because of caution, because of conformity to common opinions and because they want to decide autonomously.

The study demonstrated that to face the concerns of those who are hesitant, it would be efficient to intervene on these three arguments.  The fully-convinced no-vax profile is that of a young woman living in the city. A possible way to make a change is a “peer-to-peer” intervention that involves religious and family leaders who are called to set a good example. Media can also be helpful in the distribution of scientific information. As Cuamm we keep working with the activists whose role is crucial in building a bridge with local communities and spreading good habits in their daily life».

«The good news is that more than 70% of mozambican population is wiling to receive the vaccine. To achieve this, Cuamm is working in the vaccination campaign”- claims Don Dante Carraro, Chief of Doctors with Africa Cuamm.- Numerous doses arrived in the country in the beginning of December: 470.427 doses in Sofala and 412.619 in Tete, the two provinces where Cuamm works and we are waiting for many others to arrive. Together with local authorities, Doctors with Africa Cuamm is providing support to the organization, distribution and setting of the campaign furnishing material to 12 vaccination points in the provinces of Tete and Sofala. Among the activities planned, Doctors with Africa is setting up vaccination points, it is distributing medical supplies and priority medical devices, and is working on raising community awareness on Covid-19. At the same time, Cuamm is training health workers responsible for the vaccination and for the management of local activists: in the two provinces, 78 health workers and 90 activists are being trained. The support of the European Union made all this possible and we are grateful to them and to all the private donors who chose to support us».

This project is part of the EU’s humanitarian initiative of allocating €100 million in support of the rollout of COVID-19 vaccination in Africa, announced earlier in the year by the President of the European Commission, Ursula von der Leyen, in cooperation with the Africa Centres for Disease Control (AfCDC). 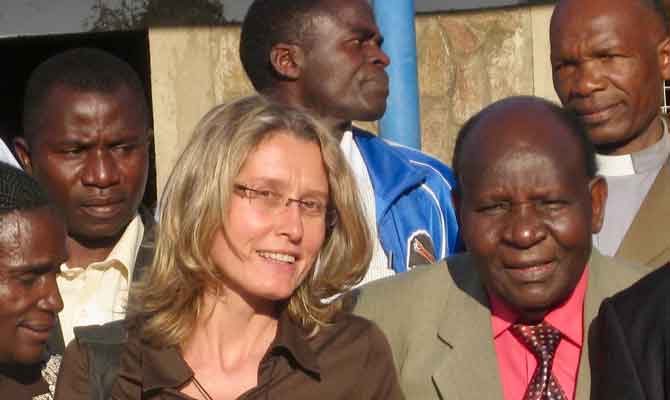 THE VALUE OF EVERY HUMAN RESOURCE