Home » What's new » News » Homenews » ACCESS TO DIABETES CARE: IF NOT NOW, WHEN? 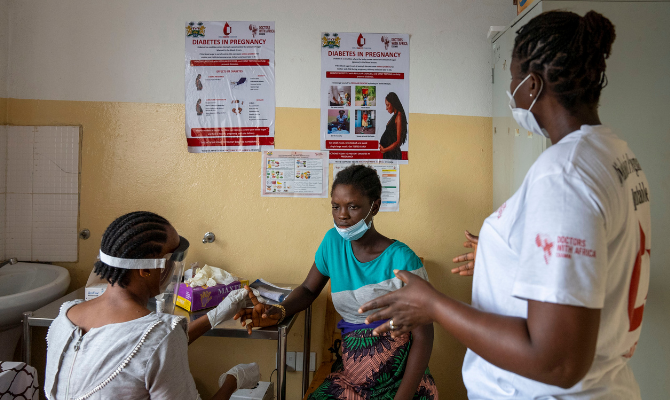 537 million people in the world are affected by diabetes, 24 million in Africa. These numbers are set to increase according to the WHO. This year too, Doctors with Africa CUAMM is participating in the campaign on the occasion of World Diabetes Day, strengthening its commitment to take care of people suffering from chronic non-communicable diseases.

537 million people in the world are affected by diabetes, 4 out of 5 live in low- and middle-income countries, 24 million in Africa. These numbers are set to increase in the coming years according to estimates by the WHO.

This is the overall picture of chronic non-communicable diseases (NCDs), which has become even worse due to the Covid-19 pandemic, with a strong impact on health systems, particularly in the most fragile contexts: many prevention and treatment services for diabetes and hypertension and awareness campaigns have been interrupted. Therefore, this year, the International Diabetes Federation (IDF) has launched a three-year campaign (2021-2023) for World Diabetes Day, 14 November, with the slogan: “Access to diabetes care: if not now, when?” with the aim of promoting prevention, improving access to care and highlighting the need for new actions to fight chronic non-communicable diseases.  World Diabetes Day will also mark the centenary of the discovery of insulin by two Canadian scientists, Frederick G Banting and his student Charles H Best. A revolutionary event that changed the history of medicine for people with diabetes.

Doctors with Africa CUAMM in the front line

This year too, Doctors with Africa CUAMM is actively participating in the campaign and strengthening its commitment, particularly in Ethiopia, Sierra Leone, Mozambique and Tanzania, also thanks to the valuable partnership with the World Diabetes Foundation (WDF) and the Italian Agency for Development Cooperation (AICS). It has intensified its work, expanding screening and treatment services for NCDs both in hospitals and on the ground, strengthening sensitization for operators and communities to promote greater awareness and healthy lifestyles. There are many initiatives in support of local ministries and associations, such as EDA in Ethiopia and AMODIA in Mozambique, as well as participation in marches to mark the day, including in Sierra Leone.

“I believe that the partnership with CUAMM is one of the most important for us, to make sure that our support is useful for countries and patients with diabetes. We need strong partners, with experience, resources, and who are able to work with Ministries of Health, local health authorities, hospitals, often in complex circumstances,” says Bent Lautrup-Nielsen, Director of Global Development and Advocacy Department at WDF. People with chronic diseases have been the most affected by the pandemic. This has shown that we cannot consider infectious and chronic diseases as separate, but on the contrary integrated, just as the health system must be unique and integrated in dealing with them“.

</center:In Mozambique, CUAMM was among the first, together with the Ministry of Health, to address diabetes.

“Initially, our efforts focused on awareness-raising and screening activities on the ground, but then, with the aim of benefiting diabetic patients as much as possible, an integrated programme on chronic non-communicable diseases was set up,” says Paolo Massaro, CUAMM project manager in Mozambique. “The need is to start from the communities, but also to offer quality services at primary level, capable of early diagnosis of new cases, guaranteeing treatment, and ensuring continuity of care. And it is with a view to improving access to care for all diabetic patients, that from January 2022 the chronic disease programme that CUAMM is implementing will include activities on Type I diabetes,” Paolo continues. “It is really necessary to give a structured response to a problem that is increasingly present in Mozambican society, but which unfortunately does not get the attention it deserves”.

In Tanzania, CUAMM focuses on the interconnection of diabetes and malnutrition.

“Diabetes, especially at its onset and if untreated, can lead to weight loss and malnutrition, which in turn can cause metabolic changes that can lead to diabetes over time. When malnutrition affects the pregnant woman, it can lead to an increased risk of diabetes in the unborn child,” recalls Agata Miselli, CUAMM doctor in Tanzania.  “At the Tosamaganga hospital, at the diabetes clinic opened by CUAMM in 2016, more than 350 patients are being treated, and among the youngest, aged between 2 and 40, the percentage of those who present at the first visit with severe underweight exceeds 30%,” Agata continues.

CUAMM has therefore promoted a series of ‘cooking classes’ for these patients and their families, during which dishes are cooked using locally available ingredients with adequate nutritional value and a low glycemic index. The initiative also aims to promote a healthy relationship with food for these patients, who are all too often given deprivation advice, leading to underweight and a further deterioration in their quality of life.

Today, more than ever, it is essential to take care of the chronically ill and ensure that they have access to the health services they need. 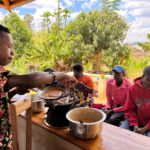 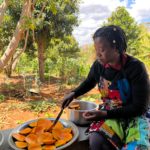 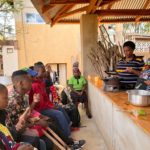 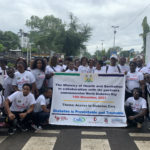 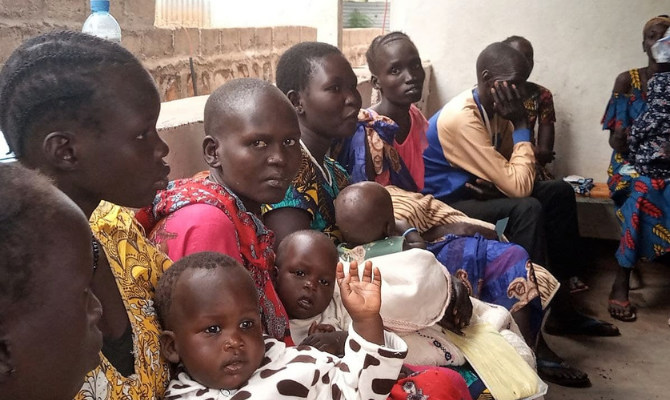 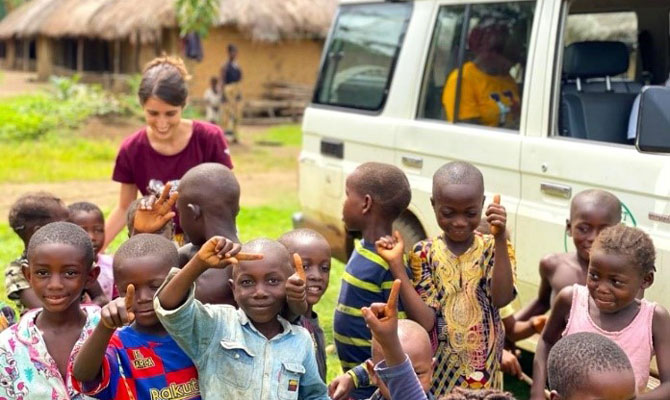