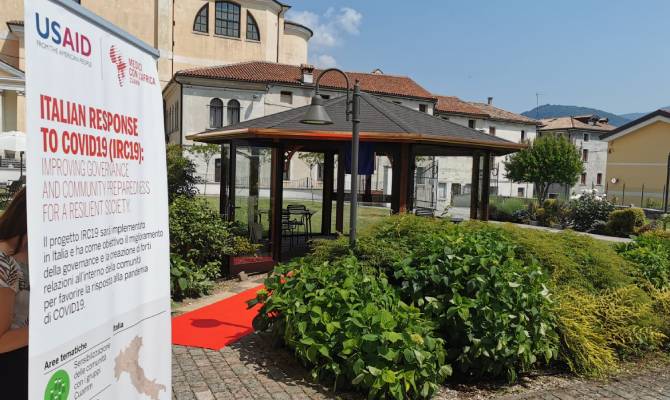 A new space, built thanks to the support of the American government, has helped allow visits from the relatives of elderly people, which are essential for their well-being, over the past months as it will continue to do in the future.

Though it has been active since late April, due to Covid restrictions, today, June 17th, was the first chance to have a formal opening celebration. This new space inside the garden of the Casa Sant’Antonio Abate health and social center makes possible visits for the residents, now and in the future: a gazebo that was already there and used as a rest area has been equipped with temporary protections on the sides, which allows visits with the relatives of home’s residents even when the weather is poor.

This improvement was made possible by Doctors with Africa CUAMM and the “Italian Response to Covid19: Improving governance and community preparedness for a resilient society (IRC19)” project.

This pandemic has been especially hard on vulnerable groups like the elderly residents of care homes like those in Alano di Piave, affecting them more, not only physically affected by the disease but also psychologically from the forced separation from their loved ones. Restoring family relationships is essential for the psychological and physical wellbeing of the residents and the peace of mind of family members as well. The gazebo with the new equipment is now easy to access and comfortable even for frail elderly residents and two completely safe meeting stations could be made inside. Though it had been completed in March and April, when there was still a great need for safe meeting places, it could only be officially opened now after the recent reopening of Italy.

“On behalf of all of us at Casa Sant’Antonio, I would like to thank Doctors with Africa CUAMM for the new visitor space they have donated to us,” says Matteo Segafredo, president of the Casa Sant’Antonio Abate Foundation. “It has been essential during these months because it was place for our elderly residents and their children and relatives to visit, so long-awaited and desired by all. The numbers speak to its importance: 160 meetings with family members in the gazebo house in May and 88 meetings in the first half of June. CUAMM’s gift also looks to the future too and will be invaluable even when Covid-19 is just a memory. It gives Casa Sant’Antonio the advantage of an extra place for enjoying the pleasure of spending time together, including in evenings, since it is lighted, and even in poor weather, since it is protected. What’s more, since it is located in the garden facing the street and is a short way’s from the parish church, it lets our residents be part of the town’s life.

“This is the 17th health facility that we have helped as part of the IRC19 project for a prompt response to the Covid-19 emergency. Other care homes have also requested facilities to bring family and residents together in this difficult time. This shows how important it is in long-term residential care to make people and their loved ones at the center of focus,” says Andrea Atzori, Head of International Relations at Doctors with Africa CUAMM.

This press release was made possible thanks to the generous support of American citizens through the United States Agency for International Development (USAID). The content is the responsibility of Doctors with Africa CUAMM, recipient of the Fixed Amount Award (FAA) No. 7200AA20FA00013 and does not necessarily reflect the views of USAID or the United States government. 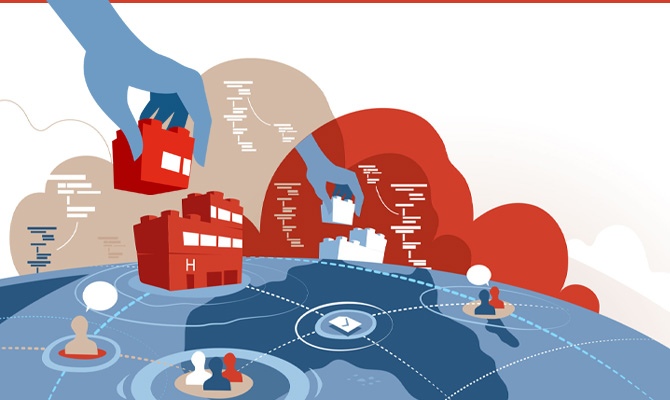 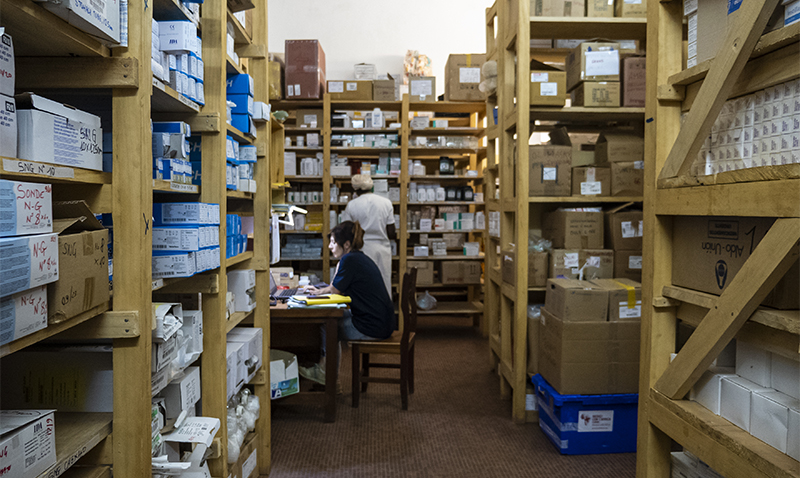 To be a logistician in the last mile 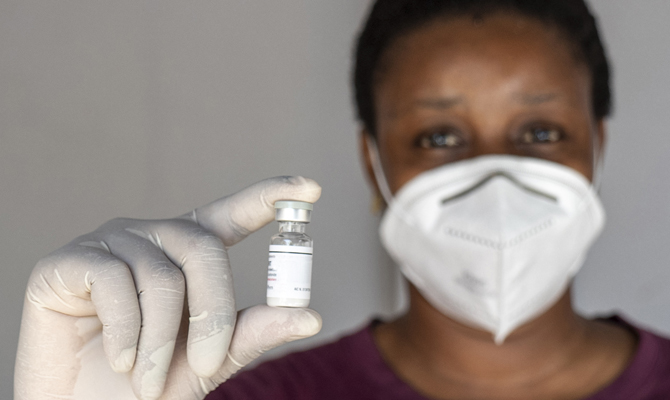