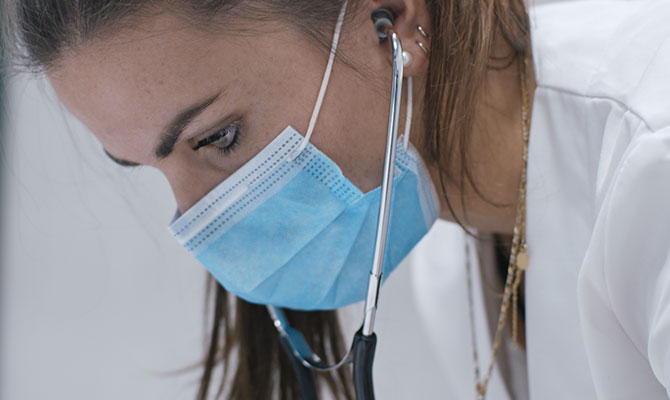 The first results are being presented from the innovative course for the well-being of Italian health workers, implemented by Doctors with Africa CUAMM with the support of USAID and MSD.

Fit4care  was presented last week in Padua with an online event with many participating guests. This is an innovative course for the well-being of health professionals that Doctors with Africa CUAMM is developing with the unconditional contribution of MSD Italia, as part of the “Italian Response to Covid-19” project, funded by the United States government through the United States Agency for International Development (USAID).

Super-heroes, angels, guardians of life, the only contact between Covid-19 patients and their families: health workers have been all this and so much more, for all of us, over the last year and a half. This all makes investing in health workers and their well-being a necessity in Italy as well as in Africa, as Doctors with Africa CUAMM has seen every day for 70 years in the 8 countries in which it operates. CUAMM wanted to do more than just thank them by finding a practical way to “take care” of them, to improve and promote their health and their training. Thanks to the support of the American government through the “Italian Response to Covid-19” project, along with an unconditional contribution of MSD Italia, two special training courses were created, Fit4Care and JustInTime, which are starting to bear their first fruits, presented today.

The initiative is part of Doctors with Africa CUAMM’s work in Italy. When the pandemic broke out, CUAMM immediately took action in Africa to support the safety of health workers in the 23 hospitals in the 8 countries in which it operates. In Italy, in spring 2020, it also donated respirators to several hospitals in northern Italy. Since June 2020, CUAMM has been involved with “Italian Response to COVID-19: Improving Governance and Community Preparedness for a Resilient Society (IRC19).”

Project focus: supporting health facilities; helping vulnerable groups such as the homeless in La Spezia and immigrants in Puglia’s ghettos; raising awareness on issues such as global health; and training health personnel, the focus of this initiative.

“COVID-19 has been devastating for both of our countries, but our cooperation in the midst of the pandemic shows the strength of the bonds between Italy and the United States. We will stand by Italy, and together we will overcome this difficult time. With the Fit4Care program that CUAMM is launching today, we can give extra support to the medical personnel working on the front lines, treating the sick, administering vaccines, and making it possible for hospitals to function,” said the Chargé d’Affaires of the United States Embassy in Italy, Thomas Smitham.

“We are now well aware of the repercussions on mental and physical health caused by Covid-19, which have been recently described in the BES 2020 report from ISTAT. This is why MSD Italia wanted to support this initiative that CUAMM is presenting today. We see health workers as the ones most exposed, in every respect, in all the hardest phases of the pandemic and so deserving of special attention, beyond our enormous gratitude for the help they have given our country,” says Nicoletta Luppi, President and CEO of MSD Italia. “We wanted to focus our support on Fit4CARE to help health personnel in an innovative way in the regions of Southern Italy, where they had to give their tireless hard work and great professionalism, especially in the most critical phases of the emergency, to compensate for the shortcomings of the national health service which, unfortunately, is still not at the same level throughout the country. This is because we believe that investing in people and health is investing in the future.”

“Solidarity consists of practical actions, and training is one of these, which has the important value of generating real change, as we see every day in Africa and Italy,” said Don Dante Carraro, director of Doctors with Africa CUAMM. Training has always been central to Doctors with Africa CUAMM’s mission and remains a cornerstone of what we do. CUAMM has been working for years with 39 universities in Italy to create Global Health courses and in the field training of young doctors and medical students. A few numbers can give an overview of the work done: 256 Italian medical residents have gone to Africa with CUAMM from 2002 to the present, and 327 students from SISM (Italian Secretariat for Medical Students) have gained experience in one of our field projects. It is a unique opportunity to experience medicine consisting of having only basic tools at hand that make them have to find solutions. Now more than ever, this has great value, because the pandemic has shown us that we’re all vulnerable and we may also not have all the tools.”

Pietro Giurdanella, councilor of the FNOPI Central Committee said, “We support and encourage the work of Doctors with Africa CUAMM and its professionals, because what they do is made up in large part of the cultural and professional knowledge of nurses, especially considering the difficult circumstances in which they are working. The hospitals and settings in which Doctors with Africa CUAMM works are also the places, people and actions of the nursing profession, whose cardinal principle is “caring for others.” Mothers and children, from pregnancy to childbirth, in the neonatal period, during their growth and their adolescence, are among the most important people we care for, both because of their fragility, like that of older populations, and because it is with them that an awareness of health must be born and grow. This must be fostered from the start so that it can be understood and really shape populations that would otherwise be at high risk. We consider the creation of the role of the transcultural nurse as a great achievement we have made in those countries where different cultures coexist.”

“For over 70 years Doctors with Africa CUAMM has invested in the training of doctors, nurses and local staff in Africa,” says Andrea Atzori, Chief of Party of the IRC19 project. CUAMM decided to draw on the strength of this wealth of knowledge and experience to help in Italy as well, forming a network with other important organizations to make a contribution to a new approach that puts the focus on health professionals, not only by training them to manage the emergency specifically but also taking care of their complete mental and physical well-being. Five hundred health workers were trained from March 1 to April 30, including 200 students and 300 workers at numerous health facilities.”

This press release was made possible thanks to the generous support of American citizens through the United States Agency for International Development (USAID). The content is the responsibility of Doctors with Africa CUAMM, recipient of the Fixed Amount Award (FAA) No. 7200AA20FA00013 and does not necessarily reflect the views of USAID or the United States government.

Nurses: close to the patients the backbone of health systems 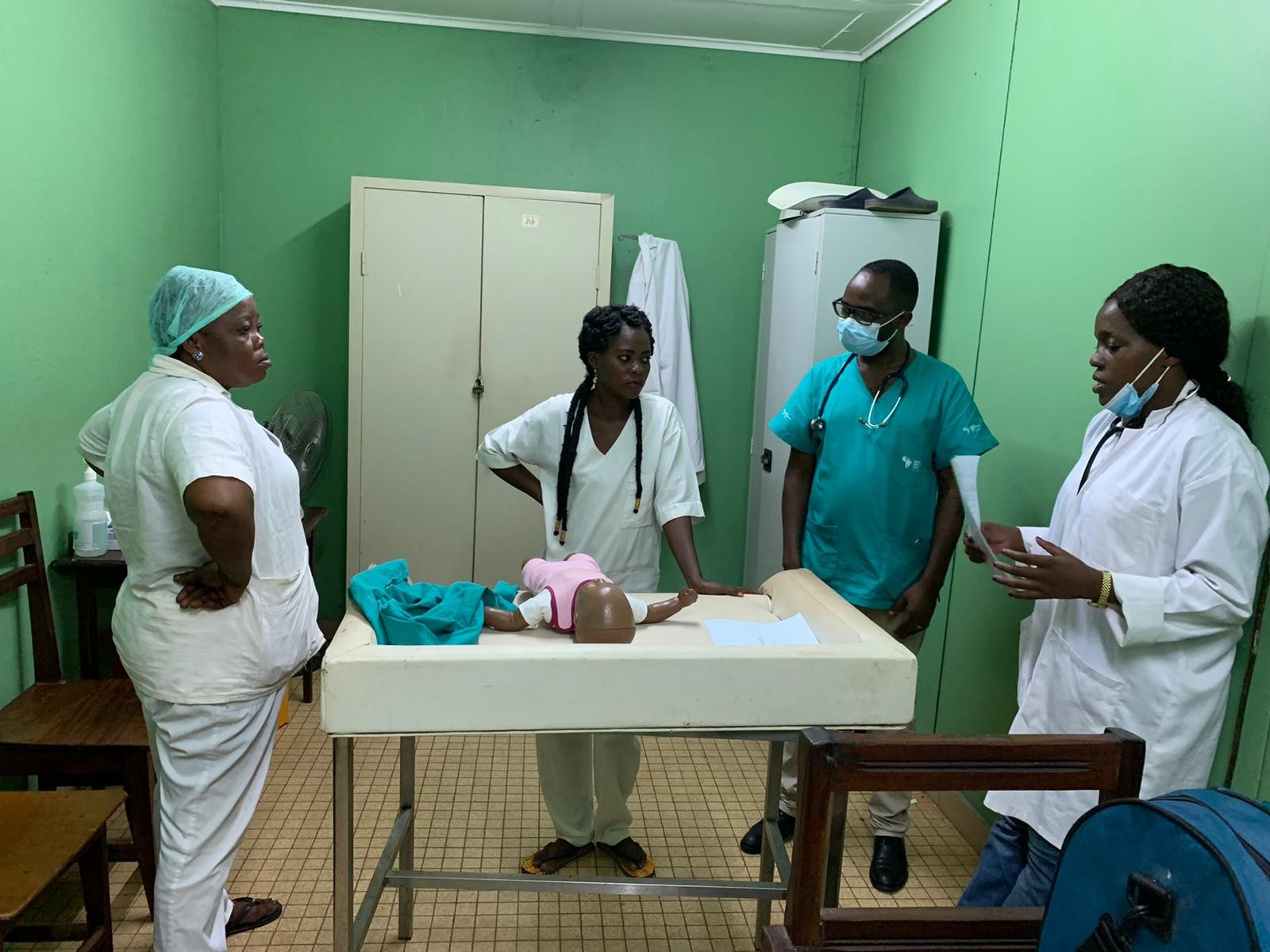 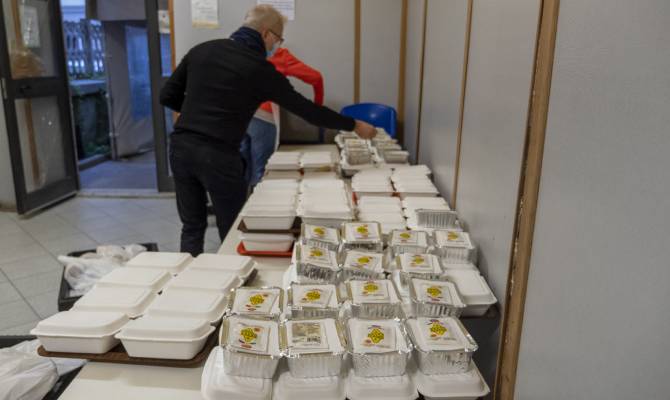