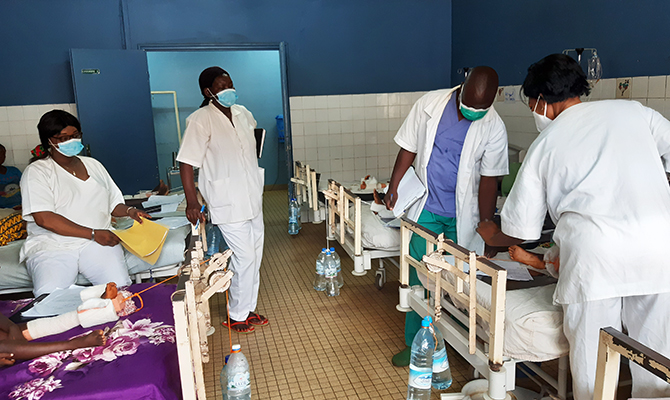 Vittoria Montecchiani tells us about her experience in the Central African Republic as a JPO during Covid-19 as the only one vaccinated. In CAR, as in the other countries where we intervene, we continue our efforts to support local health systems in making vaccinations a reality.

“During my experience as a pediatrician in Bangui, in the Central African Republic, everything was very intense: now I almost feel as if I have lived for a while in a parallel reality, when I talk about it, I almost feel as if I am illustrating a movie, telling stories. Because everything is different here, the routine, the landscape, the people, in some ways, it’s as if here I am what I have always been and there I am another person. I lived this experience in the middle of the Covid-19 pandemic. I was the only one who was vaccinated and that gave me security, the others were more worried than me. Although, when the cases started coming in, I started to get a bit scared too. I found myself thinking: ‘oh my God, here is the African variant that is not covered by the vaccine’.

Unfortunately, we had colleagues who were very sick, a colleague from another NGO was transferred to Ghana because of respiratory stress. But this happened in April. For the rest of the year, I have to admit that I was more worried about malaria or tuberculosis than Covid, but precisely because the vaccination gave me security.

Vittoria Montecchiani tells us about her experience in the Central African Republic as a JPO during Covid-19 as the only one vaccinated.

“The impact of the pandemic wave on the population was strong, perhaps also seeing how hard the pandemic hit the West, she feared that the impact on a state like CAR could be devastating. The reaction became, at times, irrational, such as the absurd use of medicines at the first symptoms: frightened, many took drugs for malaria or HIV, risking hepatitis.

The terror increased especially in the acute period, when one heard of various relatives, friends, who had taken it and were hospitalized. Unfortunately, the resources available are minimal, not even masks were available at the beginning, and Cuamm helped to procure them,” Vittoria says. The beginning of the vaccinations was well organized and functional, but unfortunately the problem of inequality in the population persists. The more educated part of the population, which includes nurses and doctors, is getting vaccinated, while there is a part of the population that does not perceive the importance of the vaccine. For many single mothers with many children, for example, the main concern is running from one village to another because of the war, with their children malnourished, so vaccination is understandably the last thing on their minds.”

In CAR, as in the other countries where we intervene, we continue our efforts to support local health systems in making vaccinations a reality: but there is still much to be done.

We also continue to raise awareness of the importance of the vaccine as the most effective means of protection and prevention.

Furthermore, Doctors with Africa Cuamm’s intervention supports all the other causes of morbidity and mortality, which have already been made acute by the pandemic. 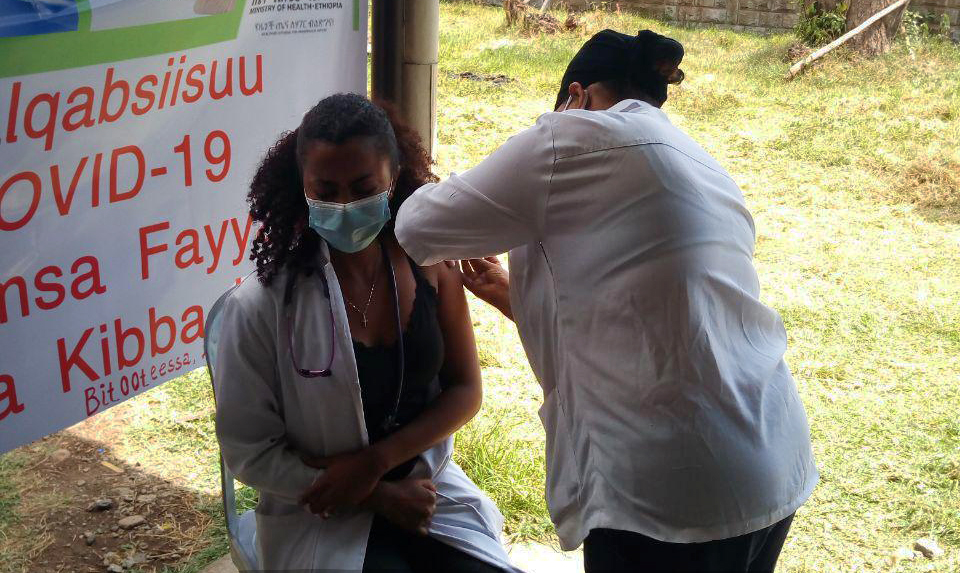 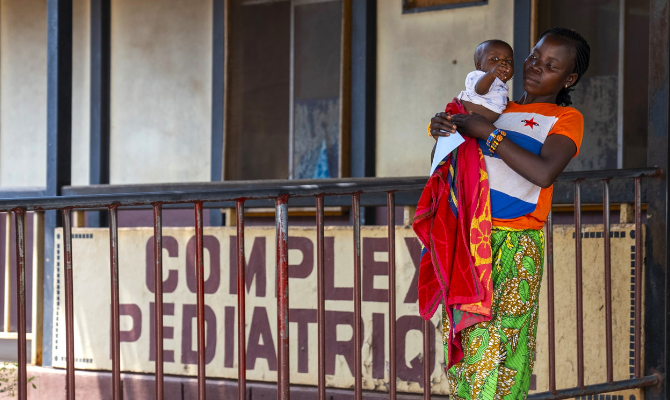 RESULTS AND PERSPECTIVES FOR THE BANGUI CHILDREN’S HOSPITAL 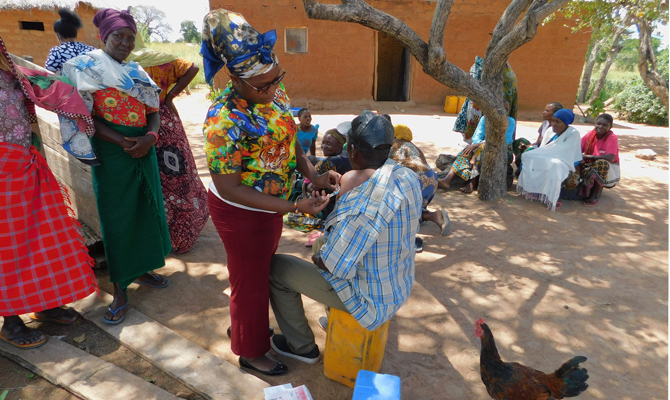