Home » What's new » News » Homenews » AFRICA IS NOT TO BE EXPLOITED, IT IS TO BE PROMOTED 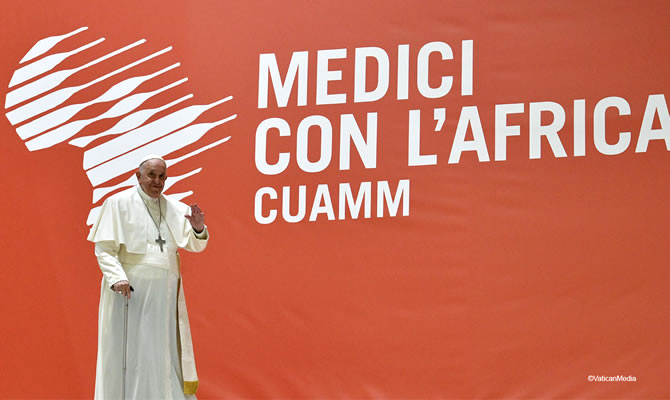 AFRICA IS NOT TO BE EXPLOITED, IT IS TO BE PROMOTED

More than 4,000 people welcomed the Holy Father and listened to his encouragement to continue this path, to “not be afraid to go to difficult places,” today Saturday, Nov. 19th, in Rome’s Paul VI Hall at the Annual Meeting of Doctors with Africa Cuamm

AFRICA IS NOT TO BE EXPLOITED, IT IS TO BE PROMOTED

Rome, Nov. 19th, 2022 – More than 4,000 people welcomed the Holy Father and listened to his encouragement to continue this path, to “not be afraid to go to difficult places,” today Saturday, Nov. 19th, in Rome’s Paul VI Hall at the Annual Meeting of Doctors with Africa Cuamm.

Msgr. Claudio Cipolla, Bishop of Padua and President of Cuamm gave the welcoming to Pope Francis by saying: “Cuamm is an expression of the missionary laity, a story made up of multiple stories, which have gave it body and soul since 1950. “WITH”: the preposition also used by Jesus, “the God WITH us.” For Cuamm it is essential not to be FOR the other but WITH the other. In so many African countries there are hospitals and dispensaries that are weak, fragile, unable to provide their people with basic health care. There are few trained doctors and nurses (in South Sudan there is one midwife in 20,000 mothers giving birth). Cuamm faces these challenges WITH the Churches and local governments, together, in the logic of sharing and mutual responsibility.”

Pope Francis’ speech was heartfelt and engaging: “I like to emphasize the fact that your story begins when, 70 years ago, a college was established, right in Padua, to host young African medical students. Young Africans. This is a clear expression of your style: to be with Africa, even before being for Africa. And this is precisely the good attitude, because there is in the imagination, in the collective unconscious, the wrong idea that Africa is to be exploited. On the contrary, your attitude is to be with Africa and your work is a concrete way of putting into practice something we ask every day in the “Our Father Prayer. “When we pray “give us today our daily bread,” we should think carefully about what we say, because so many, too many men and women, only receive crumbs from this bread, or not even that, simply because they were born in certain places in the world. I think of so many mothers, who cannot have access to safe birth and sometimes lose their lives; or so many children, who die in early childhood. Your presence here today brings my heart close to countries that are of particular interest to me, such as the Central African Republic, where I went in 2015 to open the Holy Door, in Bangui; and South Sudan where, God willing, I will travel early next year. Do not be afraid to take on difficult challenges, to intervene in remote, violence-scarred places where people do not have the opportunity to access primary health care. Be with them! Should it take years of efforts, should there be successive disappointments and failures on the way to results, do not be discouraged, ever. Be persevering with service and dialogue open to all as tools for peace and overcoming conflicts. Africa is going backwards and poverty is getting worse. I truly appreciate your work in giving voice to what Africa is experiencing; because you bring to the surface the hidden and silent sufferings of the poor that you encounter in your daily efforts. And I urge you to continue to give Africa a voice, to give it space so that it can express itself: Africa has indeed a voice, but it is not heard; you must open possibilities so that Africa’s voice can be heard; you must continue to give voice to what is not seen, to its labors and its hopes, to move the conscience of a world that sometimes is too focused on itself and little on the other. Finally, I invite you to give special attention to young people: to encourage in every way, in your activities, the job placement of local youth who crave to live their future as protagonists especially in their countries of origin”.

Cuamm director, don Dante Carraro took the stage in the second part of the morning that was conducted by the journalist and longtime friend Piero Badaloni, by saying to the audience that: “Africa is going backwards, as pandemic, war and energy and financial speculation are affecting it dramatically. In fact, as we struggle with our life, the burden is heavier on Africa: just think that in Ethiopia, a pair of latex gloves, the kind you use in the hospital, costed 0.5 cents in the beginning of the year while they are currently priced 1 euro! Consequently, the whole cost of living has increased. But as Cuamm, our task is to look forward with confidence”.

Fabio Manenti, head of Projects at Cuamm presented the results of “Mothers and Children First. People and competencies”: “The target we need to reach is 500,000 assisted deliveries, in the first year there were 93,000, but only about 50 percent of women give birth in hospitals and there is still a lot to do. The climate crisis, food crisis and global crisis we are facing because of the war, are also worsening the quality of care and this is something we do not see”.

Among the main themes of the meeting, there was the commitment to train young Africans “Human resources are the most important asset for Cuamm and for Africa,” explained Giovanni Putoto, Cuamm’s head of Programming. Investment in training should be made at all levels, from hospitals to schools to universities that train doctors, specialists and managers, as in the case of the high-level Master program launched in Mozambique, with the collaboration of the University of Padua, the University of Maputo and the University of Beira”.

Also Professor Pietro Invernizzi, director of the Department of Medicine and Surgery at Bicocca University in Milan, stressed the importance of collaboration with Italian universities: “We train new generations of professionals who will have to deal with our health, and we realize that we are dealing with an internal fragility. Africa motivates us, so we decided to start an institutional and collaborative effort with Cuamm.

Collaboration continues on different paths as the one with religious congregations that Cuamm launched in recent years and that was presented today by Sister Anastasie Mokli: “In the health field, our work has always started progressively, as under the trees, with care for children and mothers, then we opened small dispensaries and, little by little, we added different services to respond to different needs. Now through collaboration with Cuamm we will also be able to improve our skills and resource management”.

“This collaboration with congregations made it clear to us that interventions from the ground up, from the frontline, were necessary to revitalize Africa. We have come to involve 25 congregations in 23 countries. We started with field missions that helped us bring to light the common problems and challenges in health systems that need to be addressed together,” added Andrea Atzori, Cuamm’s head of International Relations.

“The vaccination campaign in Africa is progressing. Thanks to Cuamm’s efforts, more than 1 million vaccine doses have been administered: and that is a great achievement,” said Francesca Tognon, Cuamm physician.

Prof. Alberto Mantovani, scientific director of Humanitas claimed his involvement and support for Cuamm’s vaccine campaign, “Intellectual asset of young Africans is remarkable. The sequencing of the virus was recently reported in Science, which is useful in mapping how the variants we are so concerned about are generated. It’s an achievement that shows us that it is possible to carry out high-level research in Africa, research that everyone needs. This is what Cuamm does through its training program, it cultivates culture and intelligence that serves a continent and the idea of a global health”.

At the end of the event, Niccolò Fabi moved the audience by performing “Costruire” before leaving the floor to don Dante Carraro for the final greeting in which he relaunched the commitment for the future.

A special thanks to the youth orchestra I “Polli(ci)ni” from Padua, which embellished the event with its music. 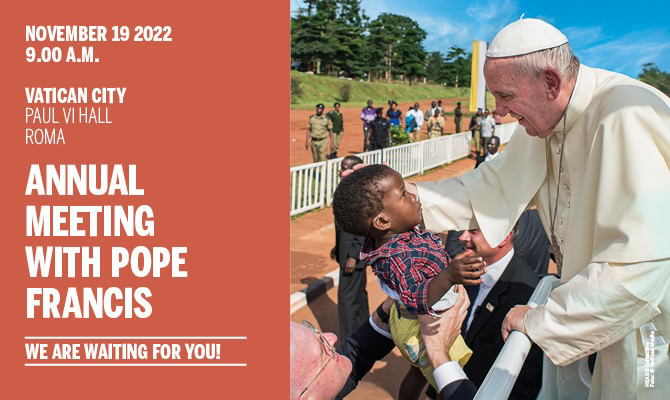 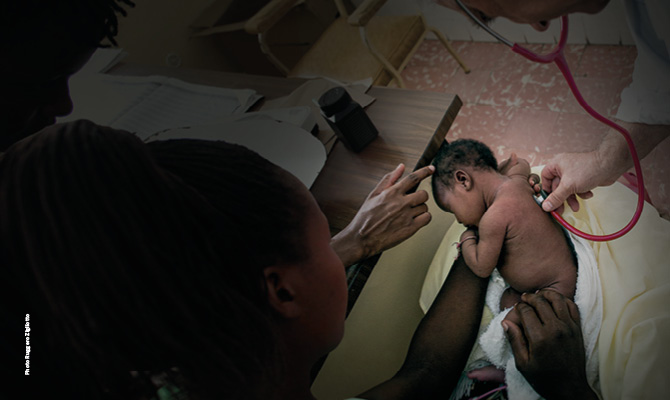 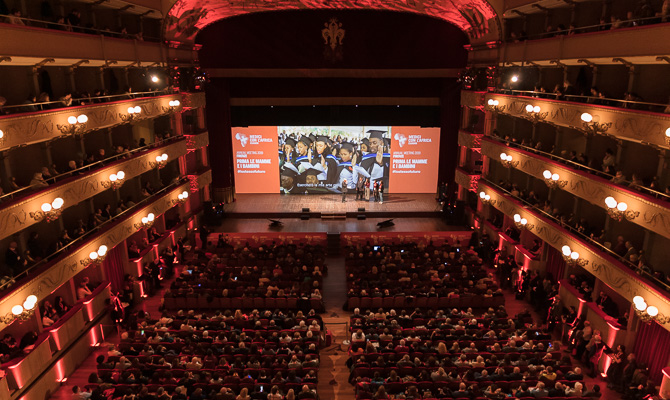 1500 PEOPLE IN FLORENCE FOR THE ANNUAL MEETING 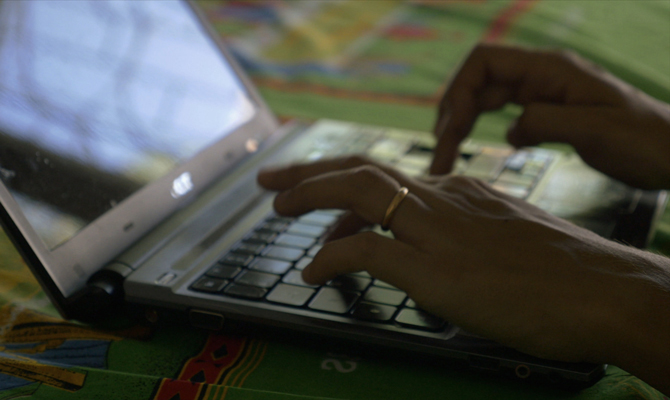 STORIES FROM UKRAINE AND MOLDOVA