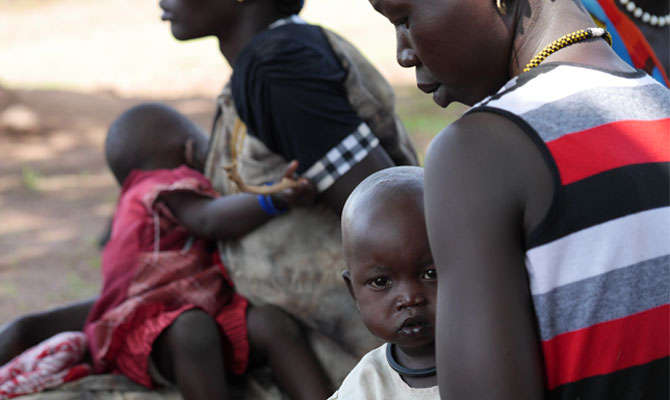 This year the annual commemorative event will focus on “Conflict and Crisis in Africa: Protecting all Children’s Rights”. Doctors with Africa CUAMM refuses to remain indifferent in the face of the pain and suffering of so many children everywhere.

«Little by little we are growing immune to other people’s tragedies, seeing them as something “natural”. We are bombarded by so many images that we see pain, but do not touch it; we hear weeping, but do not comfort it; we see thirst, but do not satisfy it. All those human lives turn into one more news story. While the headlines may change, the pain, hunger and thirst remain; they do not go away.».

As we approach the 25th International Day of the African Child (DAC), on 16 June 2016, the words that Pope Francis addressed to the World Food Programme (WFP) last Monday should sound an alarm for us all. This year the annual commemorative event will focus on the theme “Conflict and Crisis in Africa: Protecting all Children’s Rights”.

Doctors with Africa CUAMM refuses to remain indifferent in the face of the pain and suffering of so many children everywhere – young victims of conflict and violence, innocent children persecuted by the barbarity and selfishness of adults, forced to live in wretched conditions unworthy of human beings.

We have to move from words to concrete action. Every day, Doctors with Africa CUAMM does its part, caring for children in each of the Sub-Saharan African countries where our organization is active, providing them with medical treatment and aid. We help deliver them, look after them in their first few months of life, and carry out post-natal visits for them and their mothers. When they are malnourished or affected by diseases like AIDS, tuberculosis and malaria, we help them get better, and we tend to those who have been victims of violence and other forms of injustice.

«How I remember the looks in the eyes of all the children I’ve treated! They’re forever seared into my heart,» Giorgio Pellis, a CUAMM surgeon working in Matany, Uganda, tells us. «The younger boys, a bit frightened of this man with a different skin color, and a moustache and glasses, as if I were wearing some kind of mask; the ones who are a little bit older, and have an almost brazen attitude, aware that soon they’ll be asked to turn into “little warriors”, and try to be stoic when in pain. And the young girls who wink at me sweetly, not yet hardened by life here.»

A dossier published on occasion of the upcoming event makes specific reference to the situation in South Sudan, where Doctors with Africa CUAMM, active here since 2006, has had to contend with some very difficult and complex situations, including the fighting that has taken place in recent years.

«I remember one day when alongside our other patients, we had four young men and an ever younger girl – just sixteen years old – in the adult ward, all of them wounded by Kalashnikov rifles. And as if that weren’t enough, for several weeks we also had a six-year-old girl in the pediatric ward who was herself the victim of a gunfight; she’d lost not only her right-hand thumb but also a good part of her intestine, because the bullet had perforated her abdomen as well. I’d never seen so many gunshot victims in such a small hospital, each from different gunfights. This gives you an idea of the kind of violence that you encounter daily in this small region, in Cueibet, South Sudan».

This is the first-hand account of Vito Sgro, a CUAMM doctor who witnessed the fighting of recent months in South Sudan and recently returned from there. It reminds us once again of the need to not turn a blind eye to what is going on there.
It has been twenty-five years since the African Union (known at the time as the Organization of African Unity) launched this international day to commemorate the young people who participated in the 1976 Soweto Uprising, but we have a very long way to go before every child in Africa – and everywhere around the world – can have the opportunity to smile and to live a life of dignity. 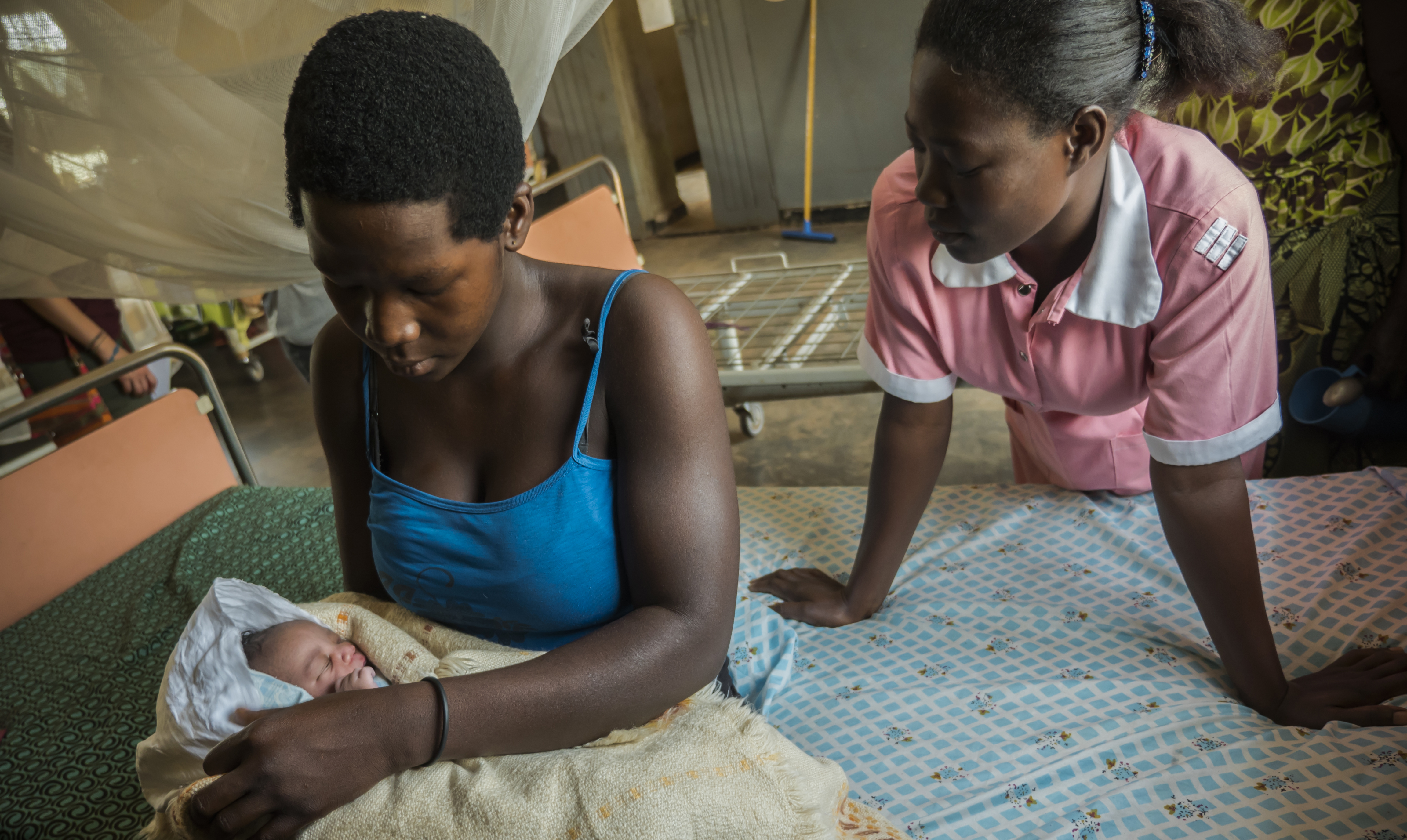 Close to mothers and children in Uganda 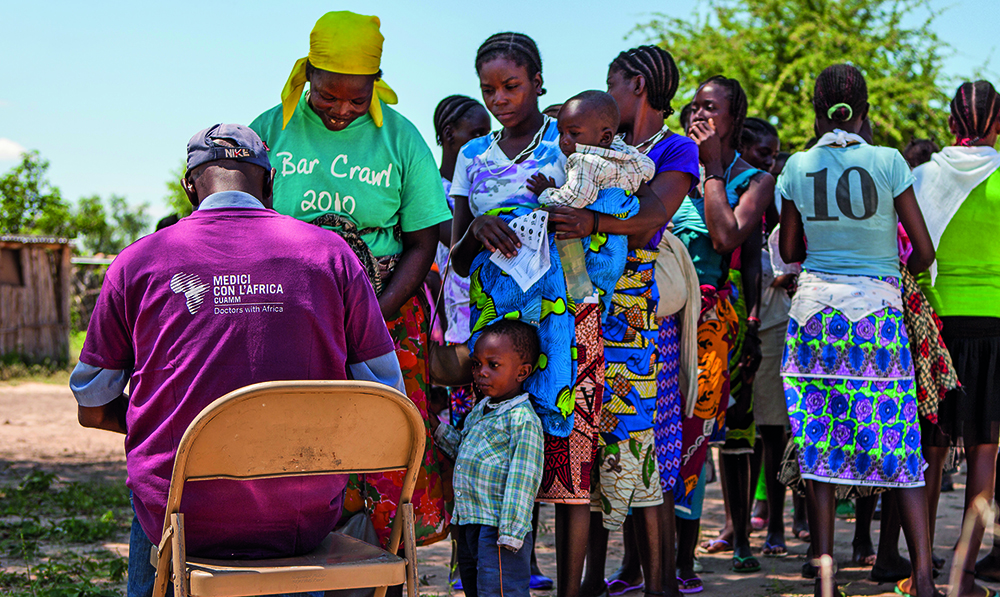 Less to do more: “poor” innovations for mother-and-child health 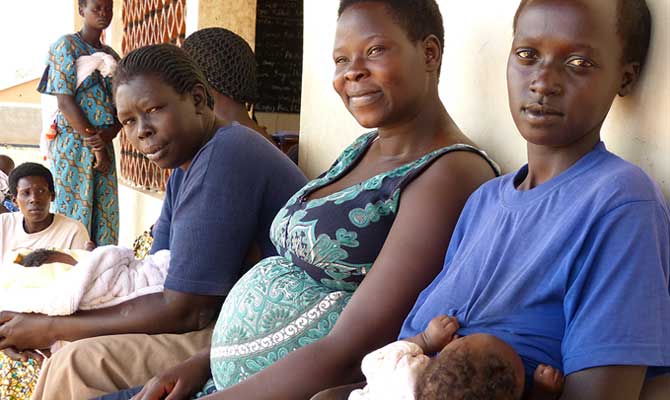