The winner of the Aspen Award 2016 was a study on Ebola in a collaboration between the Fondazione Bruno Kessler and Doctors with Africa CUAMM.

The prestigious Aspen Award 2016 was conferred on Wednesday in Rome to the Fondazione Bruno Kessler in Trento for a study on the Ebola virus.

Researcher Stefano Merler said, “The one that was awarded is the first of four publications we did on Ebola. In two papers published in BMC Medicine, with an expanded team that included researchers from Doctors with Africa CUAMM, we analyzed in detail the spread of Ebola in the Pujehun District in Sierra Leone and Guinea. In another work, which will be released soon in the journal PLOS Neglected Tropical Diseases, we propose use strategies for the Ebola vaccine in order to maximize the chances of containment for future outbreaks.”

This is in keeping with FBK’s commitment to top-notch research to improve the practical health measures. The award-winning study focused on the most effective containment strategies to implement in case of a new Ebola outbreak. Researchers estimated that at the start of the epidemic about 53% of cases of contagion were in family settings, 38% in health facilities, and 9% during funeral ceremonies. These results illustrate the importance of minimizing the time between the onset of symptoms and hospitalization to decrease contagion in families and the importance of creating specific centers for Ebola and reducing contagion in hospital facilities inadequately prepared to treat it.

CUAMM congratulates our friends at the Fondazione Bruno Kessler! 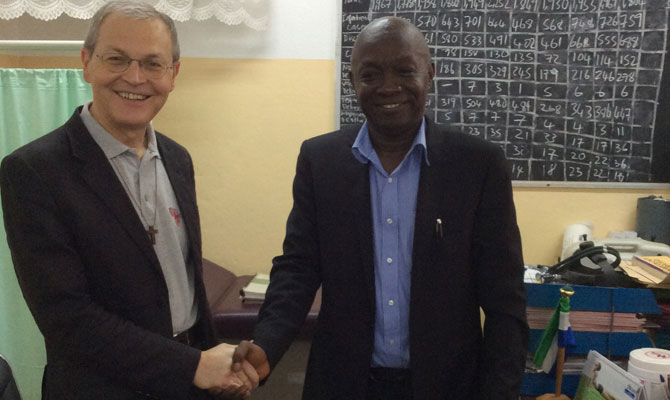