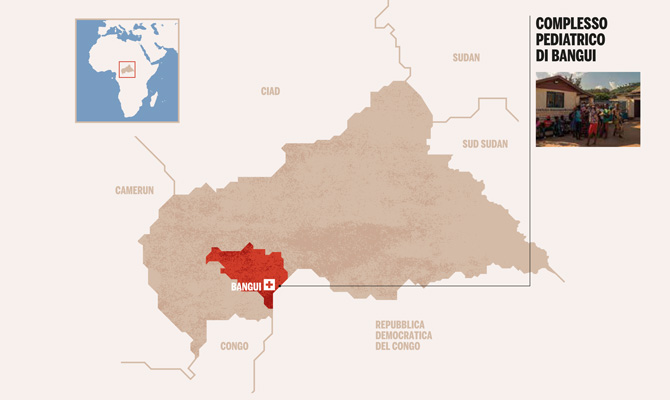 Cuamm, already active in 7 sub-saharan african countries, accepts an invitation to work in the world’s poorest country, having taken charge of the pediatric center in Bangui

In 188th place out of 188 in the ranking of countries on the Human Development Index, the Central African Republic is twice the size of Italy and has 5 million inhabitants, 1 million of which live in the capital; it has only 400 kilometers of paved roads and 4 local pediatricians in the entire country.

This is a new frontier for Doctors with Africa CUAMM, a new “last mile” for the Italian NGO, which has been investing for 68 years in the health of African populations, and is currently active in Angola, Ethiopia, Mozambique, Tanzania, Uganda, South Sudan, and Sierra Leone with 2,233 workers.

The start of CUAMM’s work in the Central African Republic, begun last July 1, was made official on a recent field mission, attended by the Director of CUAMM, Don Dante Carraro, and the President of the Bambino Gesù Pediatric Hospital, Mariella Enoc.

“There is an extreme need for health here. In some of the country’s rural areas, the vaccination coverage for children is below 10%, and the number of HIV-positive people is about 130,000, only half of whom are treated. Aside from Bangui, there are 6 regional hospitals, without water and energy. There is very little staff, and they are poorly trained. There is a total lack of an ambulance system to transport serious cases and the mortality of mothers and children is very high,” says Don Dante Carraro, Director of Doctors with Africa CUAMM. The Bangui pediatric complex is the only public pediatric hospital in the country. It has 180 beds (plus 89 future beds in the malnutrition wing now under construction), patients are piled in, there are one decent department and surgical room (thanks to the help of the European Union and Italian Cooperation), and a roaming medical department. Pope Francis visited it and wanted to do his part by fully rebuilding the malnutrition department and helping the hospital as a whole. He did so through “his” pediatric hospital, Bambino Gesù, and its President, Mariella Enoc. They were the ones to ask for CUAMM’s help and involvement. We started last July 1.”

The challenge for CUAMM is to take charge of the entire pediatric complex, not only surgery. Importantly, it will be in charge of the center’s general management, supporting the local staff with on-the-job training as well. CUAMM’s team, already in the field, includes a surgeon, a nurse, and a logistics officer. By the end of the month, the team will double with the arrival of a pediatrician, a nurse to manage the pharmacy, and a project manager doctor, coming to eight (soon to be joined by another nurse and administrator).

The hospital also plays a strategic role in training young doctors from the country, working with the Bambino Gesù hospital: “Our ambition is to reduce maternal and child mortality, which are the second and third highest in the world, respectively. Health issues are this government’s priority,” says Pierre Somse, the Minister of Health, met during the visit to the hospital. “We can only reach these goals if we focus on human resources, training them and making them available to the people. The partnership with CUAMM and Bambino Gesù is key because it focuses on developing human resources nationally. Work has already begun and will soon be strengthened. CUAMM brings a practical, operational dimension to it, and it is fundamental how it works side-by-side “with” our personnel, transferring skills and professionalism to them.”

The humanitarian crisis in the Central African Republic is among the most severe in Africa, exacerbated by internal instability caused by conflict between armed gangs and by external groups contending for the country’s enormous wealth. “We must turn evil into good, as St. Paul wrote in the letter to the Romans. We must continue our mission,” says, full of conviction, Cardinal Dieudonné Nzapalainga, the youngest member of the Cardinal college, appointed by Pope Francis after his visit to Bangui in November 2015 and whom Don Dante and Ms. Enoc met in Bangui. “We must do good, we must respond to evil with good. It is with love that we can make change, not with hate, violence, or retaliation. We must break the vicious cycle of violence. For us faithful, faith is the engine of this change. We want new politics that considers everyone and lets children dream and enjoy their childhood. A new generation of young people is possible if we work together.”

This is a great challenge, one that is both to support health care and help the country’s pacification process, and it a challenge that that Doctors with Africa CUAMM is committed to taking on with its strength and determination that come from its having been “with Africa” since 1950, and thanks to the invaluable, generous contributions of our supporters. 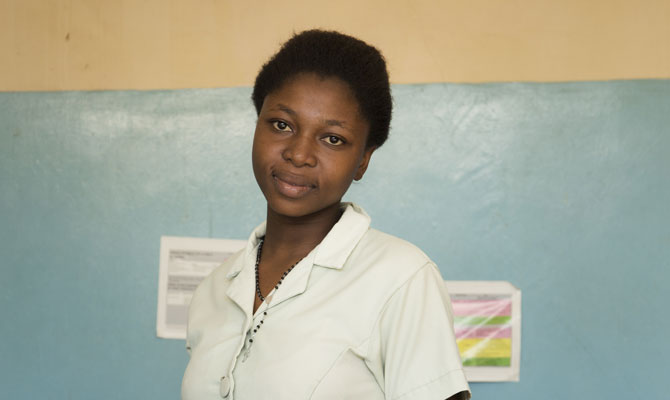 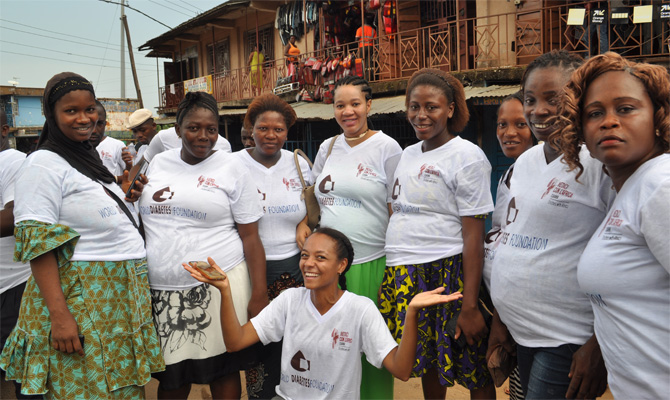