The SDGs After the 71st U.N. General Assembly

As the 71st session of the United Nations General Assembly (UNGA) draws to a close in New York, we at CUAMM are excited about and committed to achieving the Sustainable Development Goals (SDGs) that were discussed there, particularly those concerning nutrition and maternal and child health.

The SDGs After the 71st U.N. General Assembly

UNGA, a major forum for the multilateral discussion of global issues, is now wrapping up in New York. This is where standards are set and discussed, and international law codified. More than 150 heads of state attended this year’s event to discuss the 2030 Agenda for Sustainable Development, which includes the 17 separate SDGs (Sustainable Development Goals) that were adopted by 193 Member States of the United Nations in 2015.

CUAMM is especially interested in the final meeting in New York because of the close alignment of our own work with SDGs 2 and 3, which focus on the fight against malnutrition and the promotion of global health, respectively. We also pay close attention to the General Assembly’s activities in terms of high-level meetings involving bilateral cooperation bodies, private initiatives (such as the Clinton Health Access Initiative, promoted by Hillary Clinton to scale up access to HIV/AIDS treatment) and U.N. agencies that work to focus the world’s attention on the African region, with all of the difficulties that our health care workers face daily in the field.

Italy has already renewed its own commitment to the region with the so-called “Africa Act”, a package of measures to revitalize development cooperation efforts between itself and the African continent. The Act was officially presented in Rome on 28 July 2016 at a meeting entitled “Una Via Italiana dell’Africa: A New Development Paradigm”, where Don Dante Carraro, director of Doctors with Africa CUAMM, spoke in front of a large audience of Italians and Africans.

Given the importance of nutrition and maternal and child health to the goals that the U.N. hopes to see achieved by 2030 as well as Italy’s special focus on Africa, Doctors with Africa CUAMM champions every effort to get at the root causes of the lack of access of large sections of the world’s population, particularly in the African region, to essential medical care and services. We are especially committed to supporting efforts by the international community to cut down on acute and chronic malnutrition, and to facilitate access to assisted deliveries in safe, high-quality environments in order to improve the health of mothers and their children.

This has always been a central commitment of CUAMM’s, one that we are further fulfilling through our “Mothers and children first” project, which we launched in 2011 with the goal of doubling the number of assisted deliveries in four districts of Angola, Ethiopia, Uganda and Tanzania within 5 years, from 16,000 to 33,000 per year. The first five years of project activities will conclude this year and we will renew our commitment to it for another five years at our Annual Meeting on 5 November 2016.

It will be a special day – an occasion to discuss the work we’ve carried out and the goals we’ve achieved with Italy’s President Sergio Mattarella, Cardinal Secretary of State Pietro Parolin and many other friends and guests. We will also present the second phase of the “Mothers and children first” project, now enriched by everything we’ve learned over the past five years and ever more closely aligned with the SDGs that CUAMM will do its part to achieve by 2030. 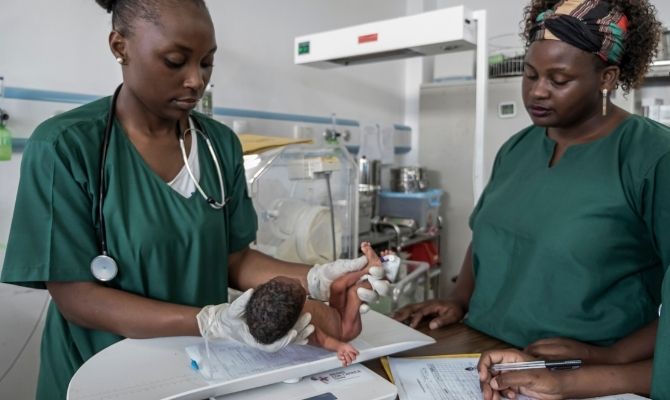 Taking care of the future