Surgical diseases and HIV status in patients at Central Hospital of Beira, Mozambique

Surgical diseases and HIV status in patients at Central Hospital of Beira, Mozambique

HIV-infected patients with surgical conditions are at greater risk of developing post-operative complications than those without HIV.

This study assessed the main surgical pathologies occurring in both HIV-infected and non-HIV-infected patients in the surgical division of Mozambique’s Beira Central Hospital (BCH).
A total of 237 adult patients were admitted to the surgical division of BCH from January to December 2017.
Most of the operations (174; 73.4%) involved the abdomen, followed by those involving the perineum (42; 17.7%) and the chest (21; 8.8%).

Our data analysis showed that HIV-infected patients were more likely to undergo emergency operations than those without HIV; they were also hospitalized longer, probably due to the seriousness of their illnesses and the longer recovery periods necessitated by their already poor health conditions. Even so, no deaths were recorded in either of the two groups during the patients’ hospitalizations, an indication of the efficiency of the surgical interventions looked at in the study.

Download papers, abstracts and posters on CUAMM's activities in Africa. 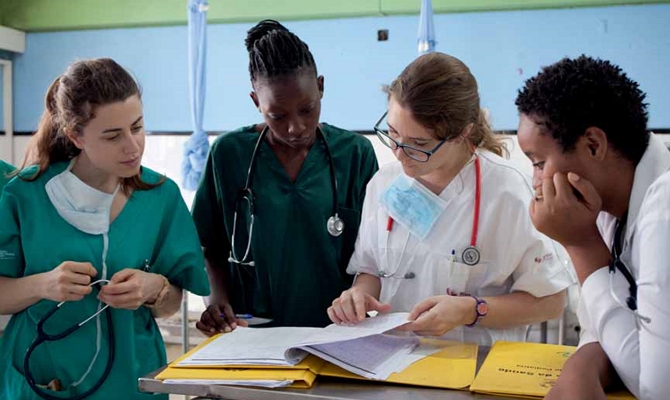 Refine your search using the filters below
By continuing to browse the site, you are agreeing to our use of cookies. We encourage you to read our updated privacy and cookie policy.Accept